I won a competition last week to ride with Brian Lopes at Dalby, during the World Cup XC race there. 6 of us ended up riding on the day with Brian, on a short stretch of the red route, with a few stops to chat and bug him about his career, bike, and life in general. It was a great day out, and Brian was really awesome, welcoming, and chatty. At one point, he was behind me on a technical singletrack section; I don’t think I’ve ever felt such pressure to ride well, than when I had Lopes on my tail.

All this debate about cycling and motoring (usually presented as a confrontation between the two) is getting tiresome. I’m a motorist and a cyclist too, like many people. I don’t commute to work on my bike, but I ride for leisure and have ridden competitively. I ride off-road a lot, but also quite often on the road too
If we’re going to get anywhere with this debate, I think we need to agree on a few key points:
1. Cycling is good, and should be encouraged. It’s good for the environment, good for congestion, and good for the health and fitness of the cyclist.
2. Cyclists are vulnerable. With just a lightweight helmet and clothing for protection, motorists need to be aware that what might be a minor accident for them, can mean death or serious injury to a cyclist.
3. Cycling is hard work. The shorter a cyclist’s journey can be, the better. Stopping and starting is also hard work. In a car at traffic lights, a green light means you lift the clutch and push on the throttle, on a bike, you get up out of the saddle, pump those legs, and exert a lot of energy in order to get up to speed.
If all motorists were properly aware of those facts, they might not be in such a hurry to condemn cyclists. I know it can be frustrating to drive behind a cyclist, waiting for space to pass, and it can be a surprise to see a bike weaving their way through a queue of slow traffic, and sometimes around junctions, you have to wait for a cyclist to get out of the way before you turn right or left, but that doesn’t mean the cyclist isn’t aware of this. Cycle paths are often terrible. I’ll often ride on the road instead of a cycle path, because cycle paths can be so difficult to navigate. Lowered kerbs (especially on a lightweight road bike), potholes, convoluted routes around traffic junctions, and the way they seem to suddenly end and reappear a few hundred yards down the road all mean that the actual road is often a better place to ride. 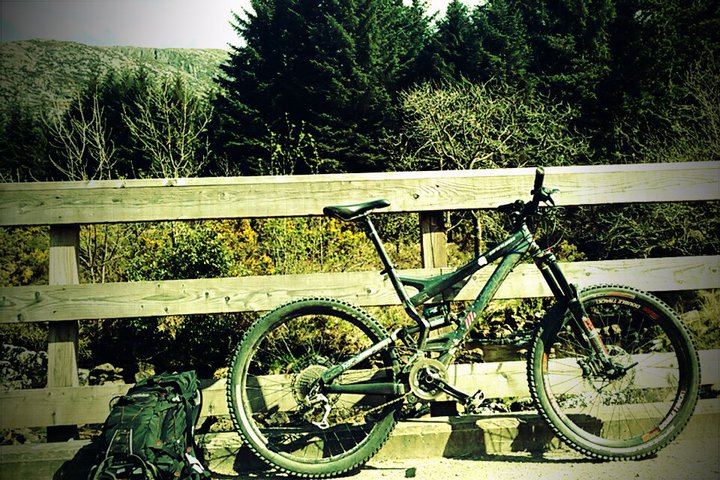 Motorists and pedestrians alike seem to have a few regular things to say about cyclists:
“Cyclists don’t obey the highway code.”
Neither do motorists. Not all cyclists are angelic, considerate, and polite road users, but neither are motorists, and we don’t start every debate about driving with how many drivers exceed the speed limit, drive after a beer or two, drive recklessly or don’t pay attention. Why do it to cyclists?
Cyclists aren’t entirely without blame though. And I’m not *just* talking about the reckless, junction-skipping, red light jumping, no-lights or helmet ones. The cyclists that are too slow, too hesitant, and too timid are equally as bad. Be bold, obvious, and clear about your intentions, and you won’t have many problems with traffic. And don’t be an idiot.
“Cyclists jump red lights.”
I’ll admit to this. Partly because of item 3 above,  if it’s obviously clear and safe do so, I see no problem with a cyclist going through a red light, carefully and at an appropriate speed, bearing in mind that it’s their own welfare at risk.
“They ride the wrong way up one-way streets.”
One way streets and footpaths. I’ve cycled the wrong way up a one way street, when the alternative would be to add over 10 minutes to my journey – it’s no big deal to drive an extra half mile around a city centre to obey street regulations, but it’s a whole different matter on a bike. I’d only do it if it was clear, safe, and not busy, of course. This often applies to pedestrianised areas too. Of course, this wouldn’t be an issue if town planners took cyclists into account, but they so rarely do.
“If cyclists want to use the roads, they should pay road tax.”
We do. Most of us have cars too. And anyway, there’s no fiscal link between vehicle excise duty (road tax), and the roads themselves. Roads are funded by general taxation, so cyclists have paid just as much as motorists.
“Roads were built for cars, not bikes.”
Bikes were here before cars. Horses and carts before either.
“Motorists have to have insurance, so cyclists should too.”
Actually many of us do, through cycling clubs or as part of our other insurance policies. But this is a more complex issue than just insisting cyclists are insured. Cycling is cheap, and obliging cyclists to be insured would mean many either couldn’t afford it, wouldn’t bother, or would just go back to driving their car.
As a cyclist, I’d like to see better cycle routes, town planning that actually aids cyclists rather than hinders them, more encouragement for recreational and competitive cycling, and and better integration with public transport. If drivers could treat us with respect, that’d be great too. We need to encourage more people out on their bikes; if just 10% of motorists got out if their cars and into their bikes, imagine how much less congested the roads would be, how much healthier and happier we’d be as a nation, and we wouldn’t spending so much on petrol either.